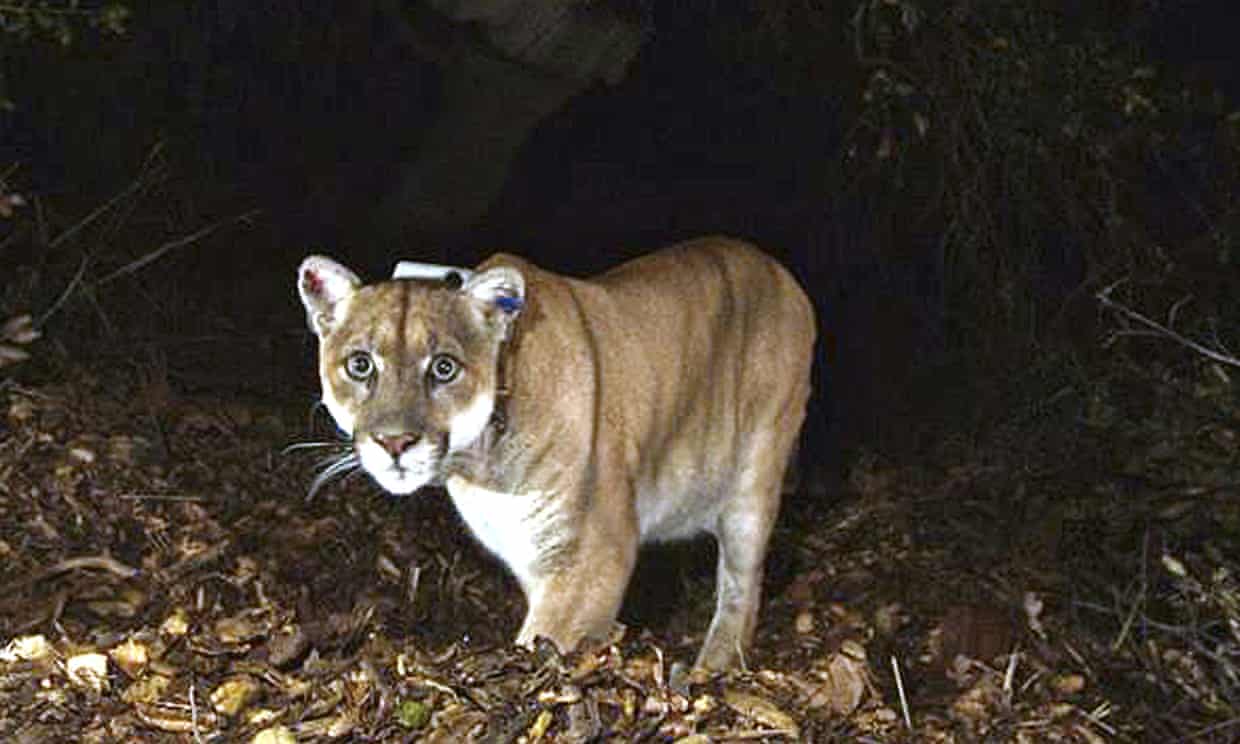 On Tuesday night, a quiet street in the Silver Lake neighborhood of Los Angeles had a rare celebrity visitor. P22, the city’s most famous mountain lion, was spotted around 7pm on Berkeley Circle, about three and a half miles south of his home in Griffith Park. The National Park Service later confirmed his presence through a radio collar.

The sighting marked a unique outing for the beloved lion, who is hardly spotted in public despite living in an urban park that’s visited by millions of people, and whose enigmatic and attractive nature have earned him the nickname “the Brad Pitt of mountain lions”.

P22’s presence is also a potent reminder that these large cats live cheek-and-jowl with the megacity’s human inhabitants, though they generally keep to the coastal scrub brush chaparral of the mountains and rarely enter human developments.

It’s not clear why P22 left his home range of Griffith Park, but it’s also not the first time: in January he appeared on the deck of a house in Beachwood Canyon, caught on video by a camera. He also hid under a house in Los Feliz in 2015 and mauled a sleeping koala at the LA zoo the following year.

A study published by the National Park Service in September 2021 analyzed data from 29 GPS-collared adult and subadult mountain lions in the Santa Monica Mountains, Simi Hills, Santa Susana Mountains and nearby areas. They used 128,133 locations to estimate home range size and evaluate how they used the landscape, including investigating which parts of it mountain lions prefer to spend time in.

Most of the creatures avoided human areas, or came close only at night. There were two exceptions in the study – P41, a male cat in the Verdugo Mountains area, and P22, who possessed the smallest home range ever recorded for an adult male: just nine square miles surrounded by freeways and residential areas in and around Griffith Park.

These two males also ventured into residential areas far more than any other mountain lions, though the park service researchers note that even for them, 90% of their locations were in natural areas.

“Interestingly, these two males exhibited strong differences in selection relative to time-of-day that appeared to be responses to human activity,” said John Benson, senior author and an assistant professor of vertebrate ecology at the University of Nebraska, Lincoln, in a statement.

“When we analyzed selection on an individual basis, we found that these two males altered their behavior towards avoidance of developed and landscaped areas during the day, but towards selection of those areas at night.”

This February marks the 10th anniversary of P22 wandering into Griffith Park as a young lion and making it his home. He has plenty of deer to eat, no male competitors in his territory, but also no hope of finding a mate.

“A city long bashed for being a concrete jungle full of smog proves the world wrong by making a home for a mountain lion,” Beth Pratt, California director for the National Wildlife Federation, recently told the Guardian, adding that she loved how the city had embraced an apex predator. “The LA area possesses a value of coexisting with wildlife that I celebrate – people share their Ring videos of P22 making an appearance in their back yard with excitement, not fear.” 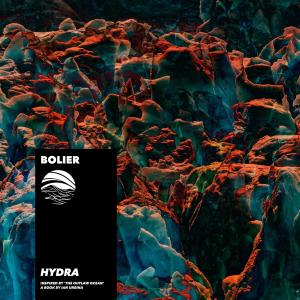