The 8th Annual Haiti International Film Festival (HIFF) set for August 19-20, 2023 was established in 2015 and is a non-profit corporation. The mission is to showcase positive images of Haitian culture through film and art. 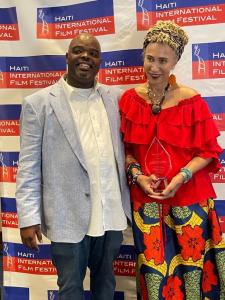 HIFF Executive Director Jacquil Constant presents the 2022 HIFF Diaspora Award to Marguerite Erasme Lathan. She serves on the Board of Directors for Fonkoze, an organization that provides financial and other services to empower Haitians -primarily women. 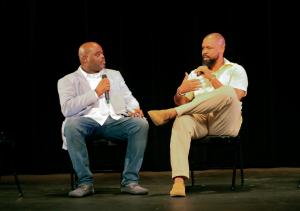 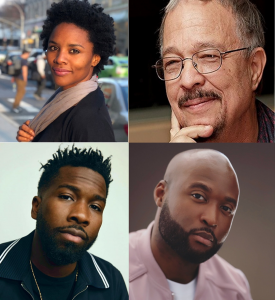 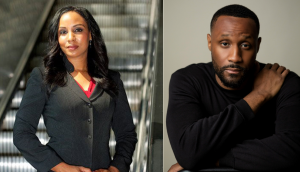 HIFF advocates for underrepresented storytellers from Haiti and the Haitian Diaspora in Hollywood. This year’s theme is Global Innovation of Haitian Filmmaking.

Haiti has a 200-year history of liberation and creativity. The annual Haiti International Film Festival showcases Haiti’s beauty through its diverse arts in filmmaking and culture.”

HIFF honored Marguerite Erasme Lathan with the Haitian Diaspora Award, the highest honor for her contribution to Haiti because of her expertise as a psychotherapist and philanthropist. She serves on the Board of Directors for Fonkoze, a family of organizations that work together to provide financial and non-financial services to empower Haitians -primarily women- to extricate their families out of the grips of poverty for the past 26 plus years. “She is a pillar for the Haitian Diaspora through her leadership with Fonkoze that helps break the cycle of poverty in Haiti. The non-profit also assists women to become entrepreneurs and sustain their families through business skills acquired through the program,” said Constant.

“The festival audience appreciates the curation of films that will not be seen in the mainstream media or films,” said Constant. “Showcasing Haitians and Africans from an authentic point of view empowers the audience of creatives and film lovers to see the unique perspectives of Haitian Filmmakers.”

One of the highlights of the HIFF, was the feature documentary, “Haiti Is a Nation of Artists,” directed by Constant. The award-winning film is from Afrik’Art and Pan African Film Festival in Montpellier, France. “I recently won the Best Diaspora Feature Film at the African Silicon Valley Film Festival,” said Constant.

As part of the Duke University for the Virtual Haitian Film Series, “Haiti Is a Nation of Artists,” will be showcased on December 2. “Thank you for the invitation of Professor Jacques Pierre from the Haitian Creole and Creole Studies to select my awarding-winning film,” said Constant.

Looking forward, HIFF is calling for submissions for the 8th Annual Haiti International Film Festival set for August 19-20, 2023. Its theme is “Krik Krak- The Art of Storytelling in Ayiti.” “Haitian storytelling is about the griot restoring the memory of the culture through film. Haiti has a two-hundred-year history of liberation and creativity,” said Constant.

To interview Jacquil Constant or the winning filmmakers or review the films, contact Marie Y. Lemelle for Platinum Star Public Relations at 213-276-7827 at [email protected] with your request in the subject line.

HIFF is considered the HBO for Haitian films displaying the humanity of Haitian culture. The goal of the HIFF is to inform diverse audiences about the rich culture of the Haitian diaspora through innovative cinema. Through outreach and collaboration with emerging, and established filmmakers, we not only teach and conduct workshops, but we also build a stronger ecosystem for Haitian filmmakers through partnerships with non-profit organizations and educational institutions to make a bigger impact in Hollywood and Haiti. 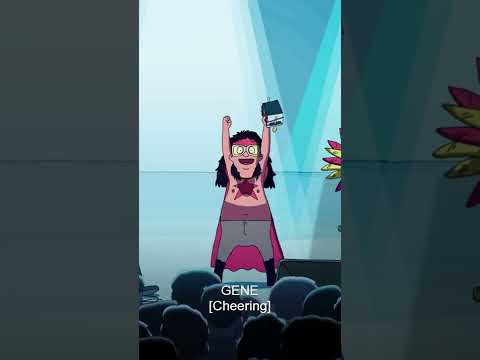 It might not work out for us this time. The epic 2-part season finale of Stranger Things 4 premieres July...

A small circle of seasoned undercover cops must pose as a vast and influential criminal network to catch a murderer...

Unlock your fears 🔓#Hellraiser is coming to Hulu Oct 7. A Hulu Original, in association with Spyglass Media Group, the...

New characters are revealed in the official trailer for WEDNESDAY, an upcoming Netflix series from the imagination of Tim Burton....